On Friday, the flood waters were fully receded on the Elm Fork of the Trinity River. With only a trace of rain on Saturday, I noticed on Sunday afternoon that the Elm Fork had returned to a flood warning. The Army Corps must have released water from one of the upstream lakes again. Quickly airing-up my tires, I raced down to Sam Houston Park in the hope of crossing the recently revealed causeway and seeing whom I could find on the levee-side of the lake. Alas, I was already too late. But the hour spent at the tantalizingly-small open (to bikers & peds) part of Sam Houston was well worth it the ride. 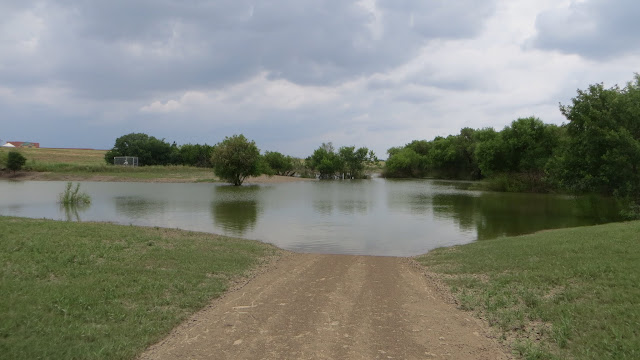 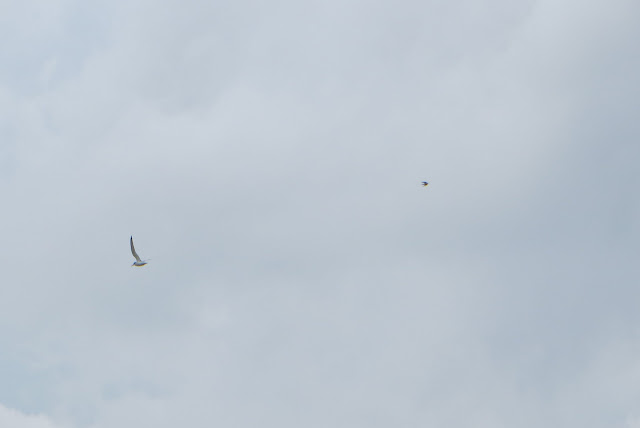 The wildflowers out here are never fantastic, but they are here. And mostly over the hill at this point. This is one of the remaining clasping-leaf coneflowers (in yellow; big green thing unknown). Shockingly there were still a few Texas bluebonnets blooming in another patch (got lazy with the camera). 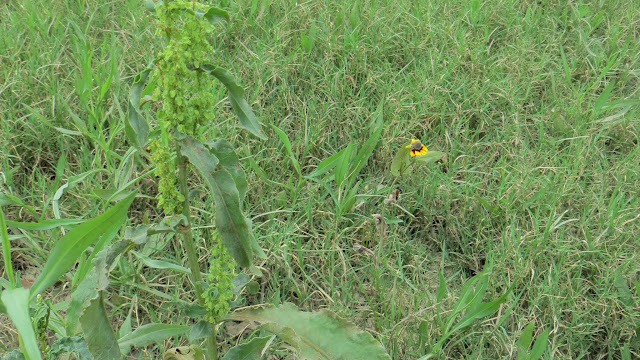 As I left the causeway-area and began to make my way around the meadow, I wondered where all of the flycatchers had gone. Then I spied this Western Kingbird, unconcerned by the petroleum pipeline below him. For some reason there were no Scissortail Flycatchers on this side, though plenty on the neighborhood side of the levee. Eventually I found two Eastern Phoebes and a second WEKI as well. 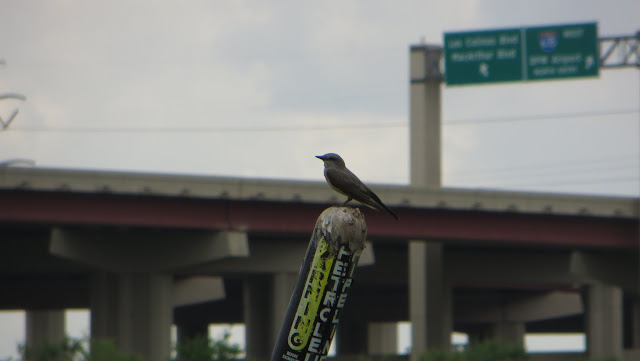 While photographing the Kingbird, a short bit of birdsong familiar yet unplaceable floated toward me. Then this cluster of Gallardia, one of my favorite wildflowers, caught my eye a short distance down the path. Can you find the dragonfly in there? 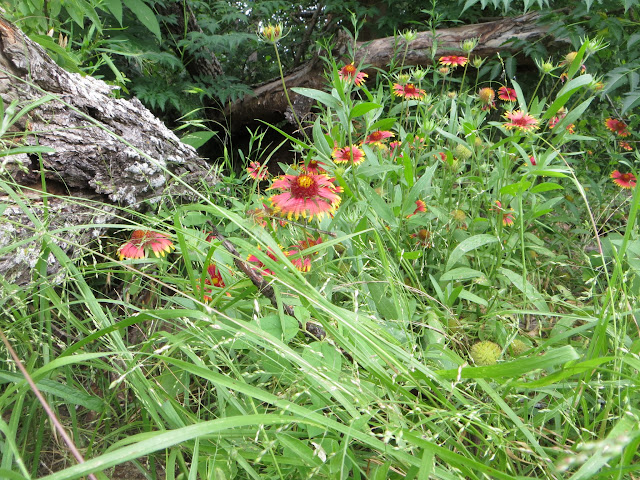 Approaching the flowers, two songbirds suddenly popped into my field of vision. Though but a brief glance, it was easily sufficient to identify male and female Painted Buntings, the first I have seen in several years. Eventually I found three more, and managed to capture a few distant but very recognizable photos: 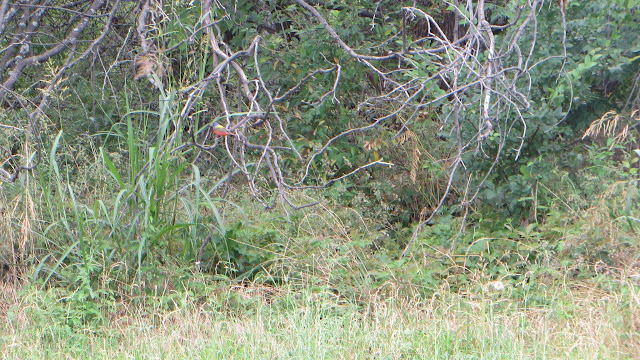 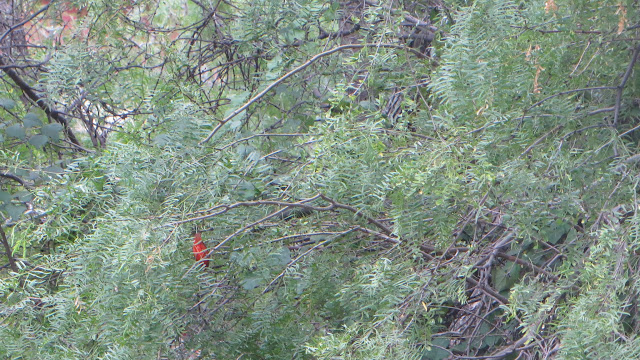 By Stephen Fuqua on 8:08 PM | No Comments | No TrackBacks