While it was unfortunate that we were not able to see the Shrine of the Báb in all its golden-domed grandeur (covered over during on-going rehab), we had the bounty of being only the third pilgrim group to visit the restored Ridván Garden outside of 'Akká. The Bahá'í World News Service has an excellent article, from October 2010, on the restoration work and the history of the garden: Holy place restoration sheds light on region's heritage.

It is indeed a beautiful and calming place, and one can well imagine the relief of leaving the horrid conditions of the city to spend a few hours in joyful company on the island. This entire complex is filled with trees and plants descended from those brought across the deserts by pilgrims from Persia (as mentioned somewhere in The Chosen Highway), particularly cypress, pomegranate, and various citrus fruits (the tangerines were ripe and wonderful!). The peace and tranquility in this site, which is only a few hundred yards from apartment buildings, could easily send one into a rapturous state. 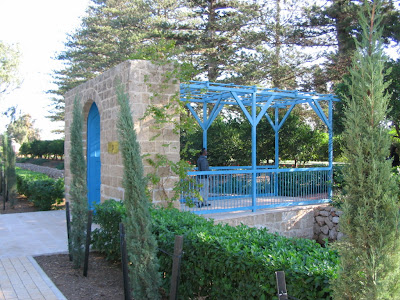 Entrance to the Garden of Ridván, which is outside Akka and very near "Napeoleon's Hill" (under which lies the ancient city of 'Akká. This website has an satellite image showing "Tell Akko" (Napoleon Hill / old city), and just below it, past the apartments, you can see the trees of the Ridván Garden site. 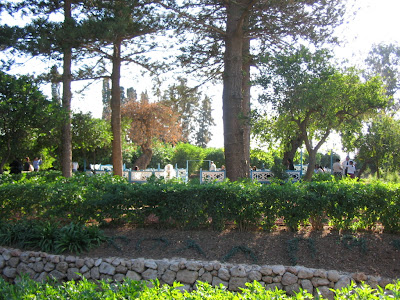 Standing on the "mainland", with the rocks in the foreground being the other side of the near channel, the benches mark the far side of the small island. 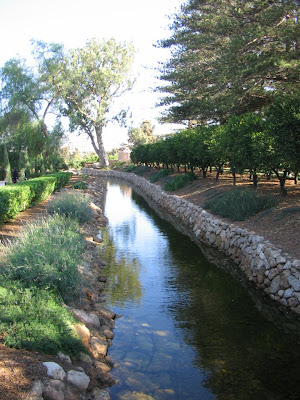 At the very back the island, the small brick structure is the former donkey-driven pump for the fountain. The channel seen here was recreated in the last few years, after the British had drained the area in the early 20th century. 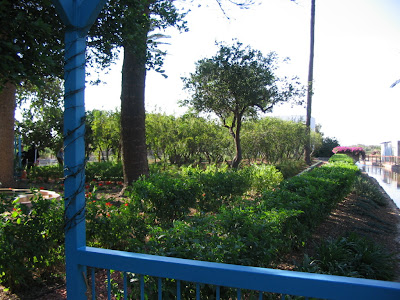 The "verdant isle" of the Ridván Garden, with a young citrus grove and the 100+ year old palm (the skinny one). 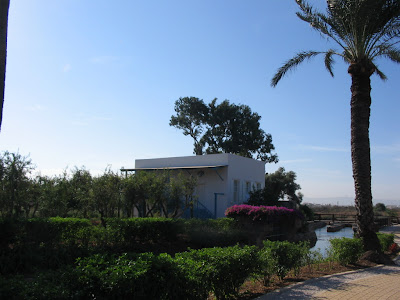 The small house where Bahá'u'lláh would sleep when visiting the Ridván Garden. 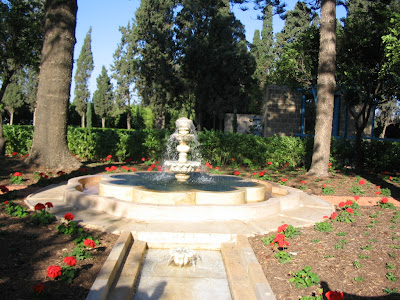 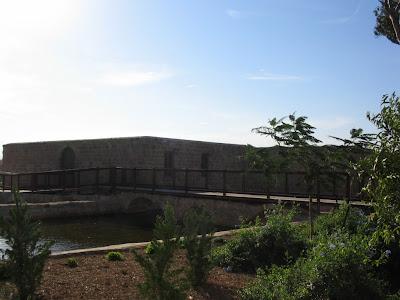 Restored buildings at the site of ancient grain mills, behind the small house. 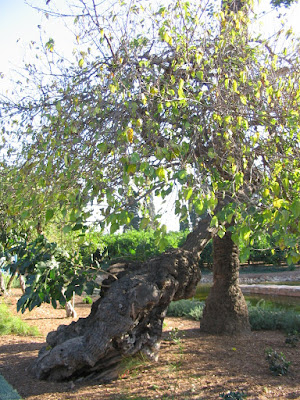 This mulberry tree was witness to Bahá'u'lláh's visits to the island in the 1880s. 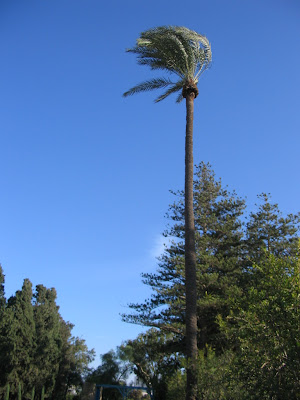 On a windy day, I marvelled at the longevity of this skinny date palm, which was alive during the time of Bahá'u'lláh's visits to the island. 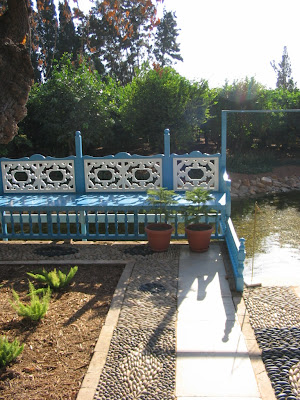 (Reconstructed) seat where Bahá'u'lláh' would sit when picnicing at the Ridván Garden.